Werewolves, also known as Lycans, are Humans that have the ability to shapeshift into a large wolf-like creature, caused by the effects of Lycanthropy.

Josh Hoberman contracted Lycanthropy after sleeping with Helen, the Cryptozoology professor at Brakebills University. After returning to Brakebills, Hoberman was quarantined according to the school's protocols when he began showing symptoms of the curse.[1]Eleanor Lipson considered becoming a werewolf so she could access magic again, but decided against it.[2] While under a Glamour, Hoberman had sex with Enid, turning her into a werewolf, and later slept with Margo Hanson, infecting her with the curse.[3]

Later, Margo learned that Fen also has the curse, due to her "relationship" with Josh while she was gone.[4] 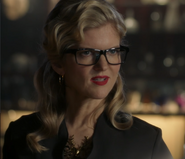 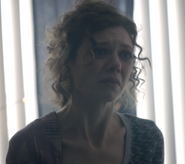